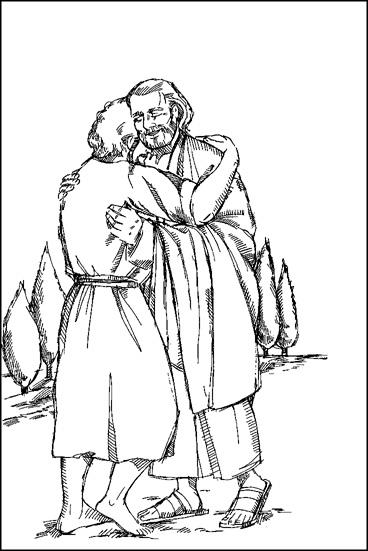 A TALE OF TWO SONS—PART 2

Now He was also saying to the disciples, “There was a rich man who had a manager, and this manager was reported to him as squandering his possessions. And he called him and said to him, ‘What is this I hear about you? Give an accounting of your management, for you can no longer be manager.’ The manager said to himself, ‘What shall I do, since my master is taking the management away from me? I am not strong enough to dig; I am ashamed to beg. I know what I shall do, so that when I am removed from the management people will welcome me into their homes.’ And he summoned each one of his master’s debtors, and he began saying to the first, ‘How much do you owe my master?’ And he said, ‘A hundred measures of oil.’ And he said to him, ‘Take your bill, and sit down quickly and write fifty.’ Then he said to another, ‘And how much do you owe?’ And he said, ‘A hundred measures of wheat.’ He *said to him, ‘Take your bill, and write eighty.’ And his master praised the unrighteous manager because he had acted shrewdly; for the sons of this age are more shrewd in relation to their own kind than the sons of light. And I say to you, make friends for yourselves by means of the wealth of unrighteousness, so that when it fails, they will receive you into the eternal dwellings.

“Now his older son was in the field, and when he came and approached the house, he heard music and dancing. And he summoned one of the servants and began inquiring what these things could be. And he said to him, ‘Your brother has come, and your father has killed the fattened calf because he has received him back safe and sound.’ But he became angry and was not willing to go in; and his father came out and began pleading with him. But he answered and said to his father, ‘Look! For so many years I have been serving you and I have never neglected a command of yours; and yet you have never given me a young goat, so that I might celebrate with my friends; but when this son of yours came, who has devoured your wealth with prostitutes, you killed the fattened calf for him.’ And he said to him, ‘Son, you have always been with me, and all that is mine is yours. But we had to celebrate and rejoice, for this brother of yours was dead and has begun to live, and was lost and has been found.’”