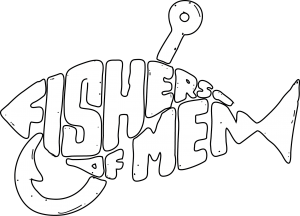 ACTS 1:8
But you will receive power when the Holy Spirit has come upon you; and you shall be My witnesses both in Jerusalem, and in all Judea and Samaria, and even to the remotest part of the earth.

MATTHEW 28:19
Go therefore and make disciples of all the nations, baptizing them in the name of the Father and the Son and the Holy Spirit.

SCRIPTURE TEXT—LUKE 5:1-11
Now it happened that while the crowd was pressing around Him and listening to the word of God, He was standing by the lake of Gennesaret; and He saw two boats lying at the edge of the lake; but the fishermen had gotten out of them and were washing their nets. And He got into one of the boats, which was Simon’s, and asked him to put out a little way from the land. And He sat down and began teaching the people from the boat. When He had finished speaking, He said to Simon, “Put out into the deep water and let down your nets for a catch.” Simon answered and said, “Master, we worked hard all night and caught nothing, but I will do as You say and let down the nets.” When they had done this, they enclosed a great quantity of fish, and their nets began to break; so they signaled to their partners in the other boat for them to come and help them. And they came and filled both of the boats, so that they began to sink. But when Simon Peter saw that, he fell down at Jesus’ feet, saying, “Go away from me Lord, for I am a sinful man!” For amazement had seized him and all his companions because of the catch of fish which they had taken; and so also were James and John, sons of Zebedee, who were partners with Simon. And Jesus said to Simon, “Do not fear, from now on you will be catching men.” When they had brought their boats to land, they left everything and followed Him.

While He was in one of the cities, behold, there was a man covered with leprosy; and when he saw Jesus, he fell on his face and implored Him, saying, “Lord, if You are willing, You can make me clean.” And He stretched out His hand and touched him, saying, “I am willing; be cleansed.” And immediately the leprosy left him. And He ordered him to tell no one, “But go and show yourself to the priest and make an offering for your cleansing, just as Moses commanded, as a testimony to them.” But the news about Him was spreading even farther, and large crowds were gathering to hear Him and to be healed of their sicknesses. But Jesus Himself would often slip away to the wilderness and pray.

One day He was teaching; and there were some Pharisees and teachers of the law sitting there, who had come from every village of Galilee and Judea and from Jerusalem; and the power of the Lord was present for Him to perform healing. And some men were carrying on a bed a man who was paralyzed; and they were trying to bring him in and to set him down in front of Him. But not finding any way to bring him in because of the crowd, they went up on the roof and let him down through the tiles with his stretcher, into the middle of the crowd, in front of Jesus. Seeing their faith, He said, “Friend, your sins are forgiven you.” The scribes and the Pharisees began to reason, saying, “Who is this man who speaks blasphemies? Who can forgive sins, but God alone?” But Jesus, aware of their reasonings, answered and said to them, “Why are you reasoning in your hearts? Which is easier, to say, ‘Your sins have been forgiven you,’ or to say, ‘Get up and walk’? But, so that you may know that the Son of Man has authority on earth to forgive sins,”—He said to the paralytic—“I say to you, get up, and pick up your stretcher and go home.” Immediately he got up before them, and picked up what he had been lying on, and went home glorifying God. They were all struck with astonishment and began glorifying God; and they were filled with fear, saying, “We have seen remarkable things today.”