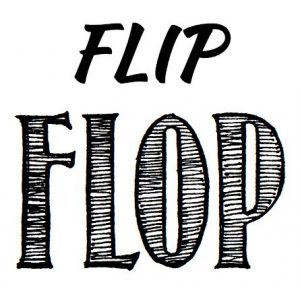 He who guards his mouth and his tongue, Guards his soul from troubles.

JAMES 4:13-15
Come now, you who say, “Today or tomorrow we will go to such and such a city, and spend a year there and engage in business and make a profit.” Yet you do not know what your life will be like tomorrow. You are just a vapor that appears for a little while and then vanishes away. Instead, you ought to say, “If the Lord wills, we will live and also do this or that.”

SCRIPTURE TEXT
JOSHUA 9:15-27
Joshua made peace with them and made a covenant with them, to let them live; and the leaders of the congregation swore an oath to them.

It came about at the end of three days after they had made a covenant with them, that they heard that they were neighbors and that they were living within their land. Then the sons of Israel set out and came to their cities on the third day. Now their cities were Gibeon and Chephirah and Beeroth and Kiriath-jearim. The sons of Israel did not strike them because the leaders of the congregation had sworn to them by the Lord the God of Israel. And the whole congregation grumbled against the leaders. But all the leaders said to the whole congregation, “We have sworn to them by the Lord, the God of Israel, and now we cannot touch them. This we will do to them, even let them live, so that wrath will not be upon us for the oath which we swore to them.” The leaders said to them, “Let them live.” So they became hewers of wood and drawers of water for the whole congregation, just as the leaders had spoken to them.

Then Joshua called for them and spoke to them, saying, “Why have you deceived us, saying, ‘We are very far from you,’ when you are living within our land? Now therefore, you are cursed, and you shall never cease being slaves, both hewers of wood and drawers of water for the house of my God.” So they answered Joshua and said, “Because it was certainly told your servants that the Lord your God had commanded His servant Moses to give you all the land, and to destroy all the inhabitants of the land before you; therefore we feared greatly for our lives because of you, and have done this thing. Now behold, we are in your hands; do as it seems good and right in your sight to do to us.” Thus he did to them, and delivered them from the hands of the sons of Israel, and they did not kill them. But Joshua made them that day hewers of wood and drawers of water for the congregation and for the altar of the Lord, to this day, in the place which He would choose.

Topics: faithfulness, Joshua
« Didn’t Ask No Day Like It »