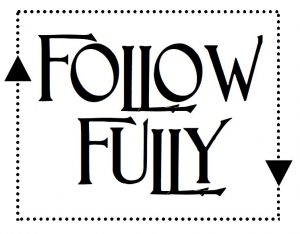 NUMBERS 14:24
But My servant Caleb, because he has had a different spirit and has followed Me fully, I will bring into the land which he entered, and his descendants shall take possession of it.

DEUTERONOMY 1:36
Except Caleb the son of Jephunneh; he shall see it, and to him and to his sons I will give the land on which he has set foot, because he has followed the Lord fully.

SCRIPTURE TEXT—JOSHUA 14:6-15
Then the sons of Judah drew near to Joshua in Gilgal, and Caleb the son of Jephunneh the Kenizzite said to him, “You know the word which the Lord spoke to Moses the man of God concerning you and me in Kadesh-barnea. I was forty years old when Moses the servant of the Lord sent me from Kadesh-barnea to spy out the land, and I brought word back to him as it was in my heart. Nevertheless my brethren who went up with me made the heart of the people melt with fear; but I followed the Lord my God fully. So Moses swore on that day, saying, ‘Surely the land on which your foot has trodden will be an inheritance to you and to your children forever, because you have followed the Lord my God fully.’ Now behold, the Lord has let me live, just as He spoke, these forty-five years, from the time that the Lord spoke this word to Moses, when Israel walked in the wilderness; and now behold, I am eighty-five years old today. I am still as strong today as I was in the day Moses sent me; as my strength was then, so my strength is now, for war and for going out and coming in. Now then, give me this hill country about which the Lord spoke on that day, for you heard on that day that Anakim were there, with great fortified cities; perhaps the Lord will be with me, and I will drive them out as the Lord has spoken.”

So Joshua blessed him and gave Hebron to Caleb the son of Jephunneh for an inheritance. Therefore, Hebron became the inheritance of Caleb the son of Jephunneh the Kenizzite until this day, because he followed the Lord God of Israel fully. Now the name of Hebron was formerly Kiriath-arba; for Arba was the greatest man among the Anakim. Then the land had rest from war.