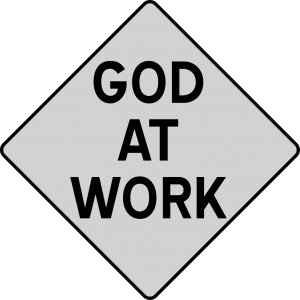 JOSHUA 1:2-5
Moses My servant is dead; now therefore arise, cross this Jordan, you and all this people, to the land which I am giving to them, to the sons of Israel. Every place on which the sole of your foot treads, I have given it to you, just as I spoke to Moses. From the wilderness and this Lebanon, even as far as the great river, the river Euphrates, all the land of the Hittites, and as far as the Great Sea toward the setting of the sun will be your territory. No man will be able to stand before you all the days of your life. Just as I have been with Moses, I will be with you; I will not fail you or forsake you.

EPHESIANS 2:1-5
And you were dead in your trespasses and sins, in which you formerly walked according to the course of this world, according to the prince of the power of the air, of the spirit that is now working in the sons of disobedience. Among them we too all formerly lived in the lusts of our flesh, indulging the desires of the flesh and of the mind, and were by nature children of wrath, even as the rest. But God, being rich in mercy, because of His great love with which He loved us, even when we were dead in our transgressions, made us alive together with Christ (by grace you have been saved).

SCRIPTURE TEXT—JOSHUA 24:1-13
Then Joshua gathered all the tribes of Israel to Shechem, and called for the elders of Israel and for their heads and their judges and their officers; and they presented themselves before God. Joshua said to all the people, “Thus says the Lord, the God of Israel, ‘From ancient times your fathers lived beyond the River, namely, Terah, the father of Abraham and the father of Nahor, and they served other gods. Then I took your father Abraham from beyond the River, and led him through all the land of Canaan, and multiplied his descendants and gave him Isaac. To Isaac I gave Jacob and Esau, and to Esau I gave Mount Seir to possess it; but Jacob and his sons went down to Egypt. Then I sent Moses and Aaron, and I plagued Egypt by what I did in its midst; and afterward I brought you out. I brought your fathers out of Egypt, and you came to the sea; and Egypt pursued your fathers with chariots and horsemen to the Red Sea. But when they cried out to the Lord, He put darkness between you and the Egyptians, and brought the sea upon them and covered them; and your own eyes saw what I did in Egypt. And you lived in the wilderness for a long time. Then I brought you into the land of the Amorites who lived beyond the Jordan, and they fought with you; and I gave them into your hand, and you took possession of their land when I destroyed them before you.

Then Balak the son of Zippor, king of Moab, arose and fought against Israel, and he sent and summoned Balaam the son of Beor to curse you. But I was not willing to listen to Balaam. So he had to bless you, and I delivered you from his hand. You crossed the Jordan and came to Jericho; and the citizens of Jericho fought against you, and the Amorite and the Perizzite and the Canaanite and the Hittite and the Girgashite, the Hivite and the Jebusite. Thus I gave them into your hand. Then I sent the hornet before you and it drove out the two kings of the Amorites from before you, but not by your sword or your bow. I gave you a land on which you had not labored, and cities which you had not built, and you have lived in them; you are eating of vineyards and olive groves which you did not plant.’

Topics: faithfulness, Joshua
« Wise Counsel Up To You »