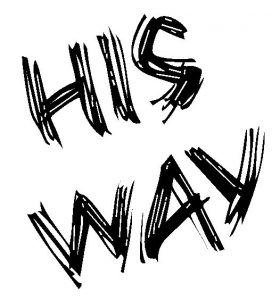 HEBREWS 11:30-31
By faith the walls of Jericho fell down after they had been encircled for seven days. 31 By faith Rahab the harlot did not perish along with those who were disobedient, after she had welcomed the spies [a]in peace.

SCRIPTURE TEXT—JOSHUA 6:16-27
At the seventh time, when the priests blew the trumpets, Joshua said to the people, “Shout! For the Lord has given you the city. The city shall be under the ban, it and all that is in it belongs to the Lord; only Rahab the harlot and all who are with her in the house shall live, because she hid the messengers whom we sent. But as for you, only keep yourselves from the things under the ban, so that you do not covet them and take some of the things under the ban, and make the camp of Israel accursed and bring trouble on it. But all the silver and gold and articles of bronze and iron are holy to the Lord; they shall go into the treasury of the Lord.” So the people shouted, and priests blew the trumpets; and when the people heard the sound of the trumpet, the people shouted with a great shout and the wall fell down flat, so that the people went up into the city, every man straight ahead, and they took the city. They utterly destroyed everything in the city, both man and woman, young and old, and ox and sheep and donkey, with the edge of the sword.

Joshua said to the two men who had spied out the land, “Go into the harlot’s house and bring the woman and all she has out of there, as you have sworn to her.” So the young men who were spies went in and brought out Rahab and her father and her mother and her brothers and all she had; they also brought out all her relatives and placed them outside the camp of Israel. They burned the city with fire, and all that was in it. Only the silver and gold, and articles of bronze and iron, they put into the treasury of the house of the Lord. However, Rahab the harlot and her father’s household and all she had, Joshua spared; and she has lived in the midst of Israel to this day, for she hid the messengers whom Joshua sent to spy out Jericho.

Topics: faithfulness, Joshua
« No Questions MISSIONS: A Word From Chile »