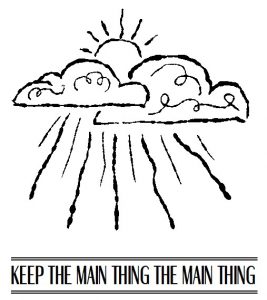 REVELATION 20:11-15
Then I saw a great white throne and Him who sat upon it, from whose presence earth and heaven fled away, and no place was found for them. And I saw the dead, the great and the small, standing before the throne, and books were opened; and another book was opened, which is the book of life; and the dead were judged from the things which were written in the books, according to their deeds. And the sea gave up the dead which were in it, and death and Hades gave up the dead which were in them; and they were judged, every one of them according to their deeds. Then death and Hades were thrown into the lake of fire. This is the second death, the lake of fire. And if anyone’s name was not found written in the book of life, he was thrown into the lake of fire.

I CORINTHIANS 1:18
For the word of the cross is foolishness to those who are perishing, but to us who are being saved it is the power of God.

SCRIPTURE TEXT—LUKE 10:17-24
The seventy returned with joy, saying, “Lord, even the demons are subject to us in Your name.” And He said to them, “I was watching Satan fall from heaven like lightning. Behold, I have given you authority to tread on serpents and scorpions, and over all the power of the enemy, and nothing will injure you. Nevertheless do not rejoice in this, that the spirits are subject to you, but rejoice that your names are recorded in heaven.”

At that very time He rejoiced greatly in the Holy Spirit, and said, “I praise You, O Father, Lord of heaven and earth, that You have hidden these things from the wise and intelligent and have revealed them to infants. Yes, Father, for this way was well-pleasing in Your sight. All things have been handed over to Me by My Father, and no one knows who the Son is except the Father, and who the Father is except the Son, and anyone to whom the Son wills to reveal Him.”