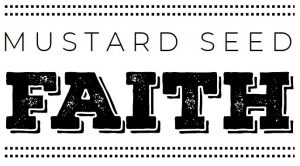 HEBREWS 11:1-12
Now faith is the assurance of things hoped for, the conviction of things not seen. For by it the men of old gained approval.

By faith we understand that the worlds were prepared by the word of God, so that what is seen was not made out of things which are visible. By faith Abel offered to God a better sacrifice than Cain, through which he obtained the testimony that he was righteous, God testifying about his gifts, and through faith, though he is dead, he still speaks. By faith Enoch was taken up so that he would not see death; and he was not found because God took him up; for he obtained the witness that before his being taken up he was pleasing to God. And without faith it is impossible to please Him, for he who comes to God must believe that He is and that He is a rewarder of those who seek Him. By faith Noah, being warned by God about things not yet seen, in reverence prepared an ark for the salvation of his household, by which he condemned the world, and became an heir of the righteousness which is according to faith.

By faith Abraham, when he was called, obeyed by going out to a place which he was to receive for an inheritance; and he went out, not knowing where he was going. By faith he lived as an alien in the land of promise, as in a foreign land, dwelling in tents with Isaac and Jacob, fellow heirs of the same promise; for he was looking for the city which has foundations, whose architect and builder is God. By faith even Sarah herself received ability to conceive, even beyond the proper time of life, since she considered Him faithful who had promised. Therefore there was born even of one man, and him as good as dead at that, as many descendants as the stars of heaven in number, and innumerable as the sand which is by the seashore.

SCRIPTURE TEXT—LUKE 9:37-45
On the next day, when they came down from the mountain, a large crowd met Him. And a man from the crowd shouted, saying, “Teacher, I beg You to look at my son, for he is my only boy, and a spirit seizes him, and he suddenly screams, and it throws him into a convulsion with foaming at the mouth; and only with difficulty does it leave him, mauling him as it leaves. I begged Your disciples to cast it out, and they could not.” And Jesus answered and said, “You unbelieving and perverted generation, how long shall I be with you and put up with you? Bring your son here.” While he was still approaching, the demon slammed him to the ground and threw him into a convulsion. But Jesus rebuked the unclean spirit, and healed the boy and gave him back to his father. And they were all amazed at the greatness of God.

But while everyone was marveling at all that He was doing, He said to His disciples, “Let these words sink into your ears; for the Son of Man is going to be delivered into the hands of men.” But they did not understand this statement, and it was concealed from them so that they would not perceive it; and they were afraid to ask Him about this statement.

John answered and said, “Master, we saw someone casting out demons in Your name; and we tried to prevent him because he does not follow along with us.” But Jesus said to him, “Do not hinder him; for he who is not against you is for you.”