*Please note: In this message, there is a section with only background noise from about the 6 1/2 minute mark to about the 12 minute mark. This is due to Pastor Keith doing a special exercise with the audience--march around Jericho!  :-) 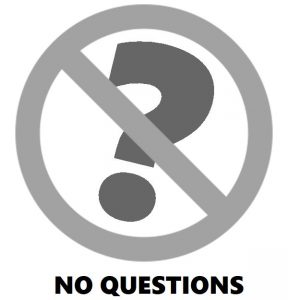 JOSHUA 2:9
And said to the men, “I know that the Lord has given you the land, and that the terror of you has fallen on us, and that all the inhabitants of the land have melted away before you.

SCRIPTURE TEXT—JOSHUA 6:1-16
Now Jericho was tightly shut because of the sons of Israel; no one went out and no one came in. The Lord said to Joshua, “See, I have given Jericho into your hand, with its king and the valiant warriors. You shall march around the city, all the men of war circling the city once. You shall do so for six days. Also seven priests shall carry seven trumpets of rams’ horns before the ark; then on the seventh day you shall march around the city seven times, and the priests shall blow the trumpets. It shall be that when they make a long blast with the ram’s horn, and when you hear the sound of the trumpet, all the people shall shout with a great shout; and the wall of the city will fall down flat, and the people will go up every man straight ahead.”