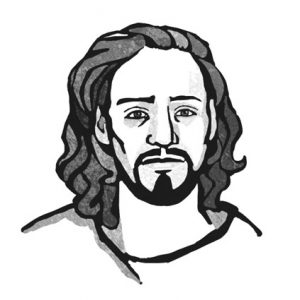 LUKE 20:9-16
But He began to tell the people this parable: “A man planted a vineyard and leased it to vine-growers, and went on a journey for a long time. At the harvest time he sent a slave to the vine-growers, so that they would give him his share of the produce of the vineyard; but the vine-growers beat him and sent him away empty-handed. And he proceeded to send another slave; but they beat him also and treated him shamefully, and sent him away empty-handed. And he proceeded to send a third; but this one too they wounded and threw out. Now the owner of the vineyard said, ‘What am I to do? I will send my beloved son; perhaps they will respect him.’ But when the vine-growers saw him, they discussed with one another, saying, ‘This is the heir; let’s kill him so that the inheritance will be ours.’ And so they threw him out of the vineyard and killed him. What, then, will the owner of the vineyard do to them? He will come and put these vine-growers to death, and will give the vineyard to others.” However, when they heard this, they said, “May it never happen!”

SCRIPTURE TEXT - LUKE 13:31-35
At that very time some Pharisees approached, saying to Him, “Go away and leave this place, because Herod wants to kill You.” And He said to them, “Go and tell that fox, ‘Behold, I am casting out demons and performing healings today and tomorrow, and on the third day I reach My goal.’ Nevertheless I must go on My journey today and tomorrow and the next day; for it cannot be that a prophet would perish outside Jerusalem. Jerusalem, Jerusalem, the city that kills the prophets and stones those who have been sent to her! How often I wanted to gather your children together, just as a hen gathers her young under her wings, and you were unwilling! Behold, your house is left to you desolate; and I say to you, you will not see Me until you say, ‘Blessed is the One who comes in the name of the Lord!’"

It happened that when He went into the house of one of the leaders of the Pharisees on the Sabbath to eat bread, they were watching Him closely. And there in front of Him was a man suffering from edema. And Jesus responded and said to the lawyers and Pharisees, “Is it lawful to heal on the Sabbath, or not?” But they kept silent. And He took hold of him and healed him, and sent him away. And He said to them, “Which one of you will have a son or an ox fall into a well, and will not immediately pull him out on a Sabbath day?” And they could offer no reply to this.