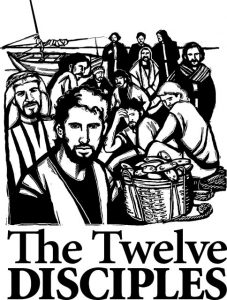 I SAMUEL 16:6-13
When they entered, he looked at Eliab and thought, “Surely the Lord’s anointed is before Him.” But the Lord said to Samuel, “Do not look at his appearance or at the height of his stature, because I have rejected him; for God sees not as man sees, for man looks at the outward appearance, but the Lord looks at the heart.” Then Jesse called Abinadab and made him pass before Samuel. And he said, “The Lord has not chosen this one either.” Next Jesse made Shammah pass by. And he said, “The Lord has not chosen this one either.” Thus Jesse made seven of his sons pass before Samuel. But Samuel said to Jesse, “The Lord has not chosen these.” And Samuel said to Jesse, “Are these all the children?” And he said, “There remains yet the youngest, and behold, he is tending the sheep.” Then Samuel said to Jesse, “Send and bring him; for we will not sit down until he comes here.”

So he sent and brought him in. Now he was ruddy, with beautiful eyes and a handsome appearance. And the Lord said, “Arise, anoint him; for this is he.” Then Samuel took the horn of oil and anointed him in the midst of his brothers; and the Spirit of the Lord came mightily upon David from that day forward. And Samuel arose and went to Ramah.

SCRIPTURE TEXT—LUKE 6:12-16
It was at this time that He went off to the mountain to pray, and He spent the whole night in prayer to God. And when day came, He called His disciples to Him and chose twelve of them, whom He also named as apostles: Simon, whom He also named Peter, and Andrew his brother; and James and John; and Philip and Bartholomew; and Matthew and Thomas; James the son of Alphaeus, and Simon who was called the Zealot; Judas the son of James, and Judas Iscariot, who became a traitor.

Jesus came down with them and stood on a level place; and there was a large crowd of His disciples, and a great throng of people from all Judea and Jerusalem and the coastal region of Tyre and Sidon, who had come to hear Him and to be healed of their diseases; and those who were troubled with unclean spirits were being cured. And all the people were trying to touch Him, for power was coming from Him and healing them all.