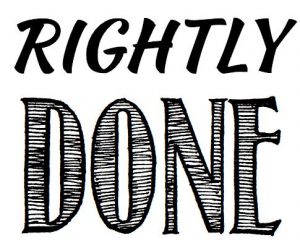 The first to plead his case seems right, Until another comes and examines him.

PROVERBS 25:8
Do not go out hastily to argue your case; Otherwise, what will you do in the end, When your neighbor humiliates you?

JOHN 7:24
Do not judge according to appearance, but judge with righteous judgment.

Then the sons of Israel sent to the sons of Reuben and to the sons of Gad and to the half-tribe of Manasseh, into the land of Gilead, Phinehas the son of Eleazar the priest, and with him ten chiefs, one chief for each father’s household from each of the tribes of Israel; and each one of them was the head of his father’s household among the thousands of Israel. They came to the sons of Reuben and to the sons of Gad and to the half-tribe of Manasseh, to the land of Gilead, and they spoke with them saying, “Thus says the whole congregation of the Lord, ‘What is this unfaithful act which you have committed against the God of Israel, turning away from following the Lord this day, by building yourselves an altar, to rebel against the Lord this day? Is not the iniquity of Peor enough for us, from which we have not cleansed ourselves to this day, although a plague came on the congregation of the Lord, that you must turn away this day from following the Lord? If you rebel against the Lord today, He will be angry with the whole congregation of Israel tomorrow. If, however, the land of your possession is unclean, then [e]cross into the land of the possession of the Lord, where the Lord’s tabernacle stands, and take possession among us. Only do not rebel against the Lord, or rebel against us by building an altar for yourselves, besides the altar of the Lord our God. Did not Achan the son of Zerah act unfaithfully in the things under the ban, and wrath fall on all the congregation of Israel? And that man did not perish alone in his iniquity.’”