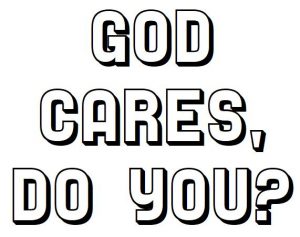 He who strikes a man so that he dies shall surely be put to death. But if he did not lie in wait for him, but God let him fall into his hand, then I will appoint you a place to which he may flee. If, however, a man acts presumptuously toward his neighbor, so as to kill him craftily, you are to take him even from My altar, that he may die. He who strikes his father or his mother shall surely be put to death.

SCRIPTURE TEXT—JOSHUA 20:1-9
Then the Lord spoke to Joshua, “Speak to the sons of Israel, saying, ‘Designate the cities of refuge, of which I spoke to you through Moses, that the manslayer who kills any person unintentionally, without premeditation, may flee there, and they shall become your refuge from the avenger of blood. He shall flee to one of these cities, and shall stand at the entrance of the gate of the city and state his case in the hearing of the elders of that city; and they shall take him into the city to them and give him a place, so that he may dwell among them. Now if the avenger of blood pursues him, then they shall not deliver the manslayer into his hand, because he struck his neighbor without premeditation and did not hate him beforehand. He shall dwell in that city until he stands before the congregation for judgment, until the death of the one who is high priest in those days. Then the manslayer shall return to his own city and to his own house, to the city from which he fled.’”

Topics: faithfulness, Joshua
« Why? Not One Failed »