Seeing The Forest For The Trees 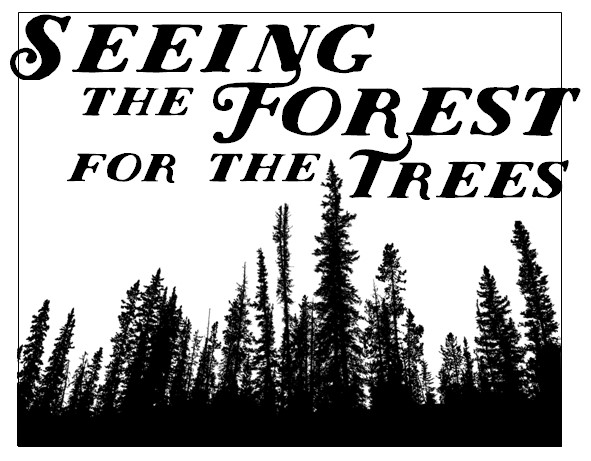 SEEING THE FOREST FOR THE TREES

LUKE 4:28-30
And all the people in the synagogue were filled with rage as they heard these things; and they got up and drove Him out of the city, and brought Him to the crest of the hill on which their city had been built, so that they could throw Him down from the cliff. But He passed through their midst and went on His way.

MATTHEW 23:37-39
“Jerusalem, Jerusalem, who kills the prophets and stones those who have been sent to her! How often I wanted to gather your children together, the way a hen gathers her chicks under her wings, and you were unwilling. Behold, your house is being left to you desolate! For I say to you, from now on you will not see Me until you say, ‘Blessed is the One who comes in the name of the Lord!’”

JOHN 1:11
He came to His own, and His own people did not accept Him.

SCRIPTURE TEXT - LUKE 12:54-59
And He was also saying to the crowds, “Whenever you see a cloud rising in the west, you immediately say, ‘A shower is coming,’ and so it turns out. And whenever you feel a south wind blowing, you say, ‘It will be a hot day,’ and it turns out that way. You hypocrites! You know how to analyze the appearance of the earth and the sky, but how is it that you do not know how to analyze this present time?

“And why do you not even judge by yourselves what is right? For when you are going with your accuser to appear before the magistrate, on the way, make an effort to settle with him, so that he does not drag you before the judge, and the judge hand you over to the officer, and the officer throw you into prison. I tell you, you will not get out of there until you have paid up the very last lepton.”

And He began telling this parable: “A man had a fig tree which had been planted in his vineyard; and he came looking for fruit on it and did not find any. And he said to the vineyard-keeper, ‘Look! For three years I have come looking for fruit on this fig tree without finding any. Cut it down! Why does it even use up the ground?’ But he answered and said to him, ‘Sir, leave it alone for this year too, until I dig around it and put in fertilizer; and if it bears fruit next year, fine; but if not, cut it down.’”

Topics: Christian living, Jesus Christ
« Did Jesus Come to Bring Peace on Earth? We Are Living on Borrowed Time »