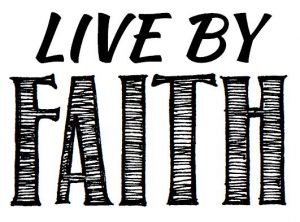 JAMES 1:2-4
Consider it all joy, my brethren, when you encounter various trials, knowing that the testing of your faith produces endurance. And let endurance have its perfect result, so that you may be perfect and complete, lacking in nothing.

ACTS 9:3-6
As he was traveling, it happened that he was approaching Damascus, and suddenly a light from heaven flashed around him; and he fell to the ground and heard a voice saying to him, “Saul, Saul, why are you persecuting Me?” And he said, “Who are You, Lord?” And He said, “I am Jesus whom you are persecuting, but get up and enter the city, and it will be told you what you must do.”

ROMANS 6:16-23
Do you not know that when you present yourselves to someone as slaves for obedience, you are slaves of the one whom you obey, either of sin resulting in death, or of obedience resulting in righteousness? But thanks be to God that though you were slaves of sin, you became obedient from the heart to that form of teaching to which you were committed, and having been freed from sin, you became slaves of righteousness. I am speaking in human terms because of the weakness of your flesh. For just as you presented your members as slaves to impurity and to lawlessness, resulting in further lawlessness, so now present your members as slaves to righteousness, resulting in sanctification.

For when you were slaves of sin, you were free in regard to righteousness. Therefore what benefit were you then deriving from the things of which you are now ashamed? For the outcome of those things is death. But now having been freed from sin and enslaved to God, you derive your benefit, resulting in sanctification, and the outcome, eternal life. For the wages of sin is death, but the free gift of God is eternal life in Christ Jesus our Lord.

PHILIPPIANS 3:14-16
I press on toward the goal for the prize of the upward call of God in Christ Jesus. Let us therefore, as many as are perfect, have this attitude; and if in anything you have a different attitude, God will reveal that also to you; however, let us keep living by that same standard to which we have attained.