Stuck In A Religious Rut – Part 2 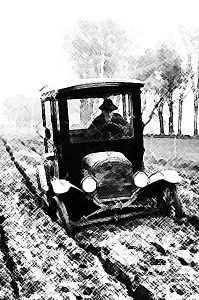 STUCK IN A RELIGIOUS RUT, PART 2

ISAIAH 1:11-17
“What are your multiplied sacrifices to Me?” Says the Lord. “I have had enough of burnt offerings of rams And the fat of fed cattle; And I take no pleasure in the blood of bulls, lambs or goats. When you come to appear before Me, Who requires of you this trampling of My courts? Bring your worthless offerings no longer, Incense is an abomination to Me. New moon and sabbath, the calling of assemblies—I cannot endure iniquity and the solemn assembly. I hate your new moon festivals and your appointed feasts, They have become a burden to Me; I am weary of bearing them. So when you spread out your hands in prayer, I will hide My eyes from you; Yes, even though you multiply prayers, I will not listen. Your hands are covered with blood.

Wash yourselves, make yourselves clean; Remove the evil of your deeds from My sight. Cease to do evil, Learn to do good; Seek justice, Reprove the ruthless, Defend the orphan, Plead for the widow."

HOSEA 6:6
For I delight in loyalty rather than sacrifice,
And in the knowledge of God rather than burnt offerings.

SCRIPTURE TEXT—LUKE 6:1-11
Now it happened that He was passing through some grainfields on a Sabbath; and His disciples were picking the heads of grain, rubbing them in their hands, and eating the grain. But some of the Pharisees said, “Why do you do what is not lawful on the Sabbath?” And Jesus answering them said, “Have you not even read what David did when he was hungry, he and those who were with him, how he entered the house of God, and took and ate the consecrated bread which is not lawful for any to eat except the priests alone, and gave it to his companions?” And He was saying to them, “The Son of Man is Lord of the Sabbath.”

On another Sabbath He entered the synagogue and was teaching; and there was a man there whose right hand was withered. The scribes and the Pharisees were watching Him closely to see if He healed on the Sabbath, so that they might find reason to accuse Him. But He knew what they were thinking, and He said to the man with the withered hand, “Get up and come forward!” And he got up and came forward. And Jesus said to them, “I ask you, is it lawful to do good or to do harm on the Sabbath, to save a life or to destroy it?” After looking around at them all, He said to him, “Stretch out your hand!” And he did so; and his hand was restored. But they themselves were filled with rage, and discussed together what they might do to Jesus.

NEXT WEEK: STUCK IN A RELIGIOUS RUT, PART II - LUKE 6:12-16
It was at this time that He went off to the mountain to pray, and He spent the whole night in prayer to God. And when day came, He called His disciples to Him and chose twelve of them, whom He also named as apostles: Simon, whom He also named Peter, and Andrew his brother; and James and John; and Philip and Bartholomew; and Matthew and Thomas; James the son of Alphaeus, and Simon who was called the Zealot; Judas the son of James, and Judas Iscariot, who became a traitor.