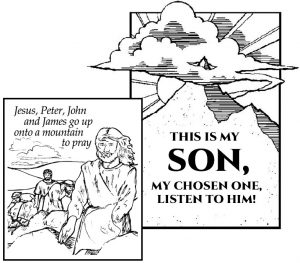 MATTHEW 24:42-51
“Therefore be on the alert, for you do not know which day your Lord is coming. But be sure of this, that if the head of the house had known at what time of the night the thief was coming, he would have been on the alert and would not have allowed his house to be broken into. For this reason you also must be ready; for the Son of Man is coming at an hour when you do not think He will.

“Who then is the faithful and sensible slave whom his master put in charge of his household to give them their food at the proper time? Blessed is that slave whom his master finds so doing when he comes. Truly I say to you that he will put him in charge of all his possessions. But if that evil slave says in his heart, ‘My master is not coming for a long time,’ and begins to beat his fellow slaves and eat and drink with drunkards; the master of that slave will come on a day when he does not expect him and at an hour which he does not know, and will cut him in pieces and assign him a place with the hypocrites; in that place there will be weeping and gnashing of teeth.

SCRIPTURE TEXT—LUKE 9:27-36
But I say to you truthfully, there are some of those standing here who will not taste death until they see the kingdom of God.”

Some eight days after these sayings, He took along Peter and John and James, and went up on the mountain to pray. And while He was praying, the appearance of His face became different, and His clothing became white and gleaming. And behold, two men were talking with Him; and they were Moses and Elijah, who, appearing in glory, were speaking of His departure which He was about to accomplish at Jerusalem. Now Peter and his companions had been overcome with sleep; but when they were fully awake, they saw His glory and the two men standing with Him. And as these were leaving Him, Peter said to Jesus, “Master, it is good for us to be here; let us make three tabernacles: one for You, and one for Moses, and one for Elijah”—not realizing what he was saying. While he was saying this, a cloud formed and began to overshadow them; and they were afraid as they entered the cloud. Then a voice came out of the cloud, saying, “This is My Son, My Chosen One; listen to Him!” And when the voice had spoken, Jesus was found alone. And they kept silent, and reported to no one in those days any of the things which they had seen.

On the next day, when they came down from the mountain, a large crowd met Him. And a man from the crowd shouted, saying, “Teacher, I beg You to look at my son, for he is my only boy, and a spirit seizes him, and he suddenly screams, and it throws him into a convulsion with foaming at the mouth; and only with difficulty does it leave him, mauling him as it leaves. I begged Your disciples to cast it out, and they could not.” And Jesus answered and said, “You unbelieving and perverted generation, how long shall I be with you and put up with you? Bring your son here.” While he was still approaching, the demon slammed him to the ground and threw him into a convulsion. But Jesus rebuked the unclean spirit, and healed the boy and gave him back to his father. And they were all amazed at the greatness of God.

But while everyone was marveling at all that He was doing, He said to His disciples, “Let these words sink into your ears; for the Son of Man is going to be delivered into the hands of men.” But they did not understand this statement, and it was concealed from them so that they would not perceive it; and they were afraid to ask Him about this statement.

Topics: Elijah, Jesus Christ, Moses, transfiguration, transformation
« What Are You Going to Do About It? Mustard Seed Faith »