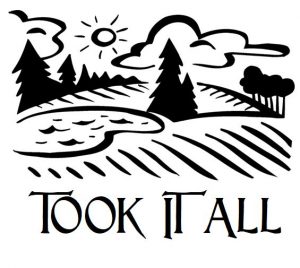 I SAMUEL 16:7
But the Lord said to Samuel, “Do not look at his appearance or at the height of his stature, because I have rejected him; for God sees not as man sees, for man looks at the outward appearance, but the Lord looks at the heart.”

PROVERBS 21:1-2
The king’s heart is like channels of water in the hand of the Lord; He turns it wherever He wishes. Every man’s way is right in his own eyes, But the Lord weighs the hearts.

SCRIPTURE TEXT—JOSHUA 11:16-23
Thus Joshua took all that land: the hill country and all the Negev, all that land of Goshen, the lowland, the Arabah, the hill country of Israel and its lowland from Mount Halak, that rises toward Seir, even as far as Baal-gad in the valley of Lebanon at the foot of Mount Hermon. And he captured all their kings and struck them down and put them to death. Joshua waged war a long time with all these kings. There was not a city which made peace with the sons of Israel except the Hivites living in Gibeon; they took them all in battle. For it was of the Lord to harden their hearts, to meet Israel in battle in order that he might utterly destroy them, that they might receive no mercy, but that he might destroy them, just as the Lord had commanded Moses.

Then Joshua came at that time and cut off the Anakim from the hill country, from Hebron, from Debir, from Anab and from all the hill country of Judah and from all the hill country of Israel. Joshua utterly destroyed them with their cities. There were no Anakim left in the land of the sons of Israel; only in Gaza, in Gath, and in Ashdod some remained. So Joshua took the whole land, according to all that the Lord had spoken to Moses, and Joshua gave it for an inheritance to Israel according to their divisions by their tribes. Thus the land had rest from war.