We Are Living on Borrowed Time 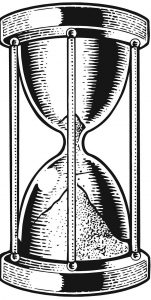 WE ARE LIVING ON BORROWED TIME

JOHN 9:1-5
As Jesus passed by, He saw a man who had been blind from birth. And His disciples asked Him, “Rabbi, who sinned, this man or his parents, that he would be born blind?” Jesus answered, “It was neither that this man sinned, nor his parents; but it was so that the works of God might be displayed in him. We must carry out the works of Him who sent Me as long as it is day; night is coming, when no one can work. While I am in the world, I am the Light of the world.”

These things Jesus proclaimed, and He went away and hid Himself from them. But though He had performed so many signs in their sight, they still were not believing in Him.

And He began telling this parable: “A man had a fig tree which had been planted in his vineyard; and he came looking for fruit on it and did not find any. And he said to the vineyard-keeper, ‘Look! For three years I have come looking for fruit on this fig tree without finding any. Cut it down! Why does it even use up the ground?’ But he answered and said to him, ‘Sir, leave it alone for this year too, until I dig around it and put in fertilizer; and if it bears fruit next year, fine; but if not, cut it down.’”

Now Jesus was teaching in one of the synagogues on the Sabbath. And there was a woman who for eighteen years had had a sickness caused by a spirit; and she was bent over double, and could not straighten up at all. When Jesus saw her, He called her over and said to her, “Woman, you are freed from your sickness.” And He laid His hands on her; and immediately she stood up straight again, and began glorifying God. But the synagogue leader, indignant because Jesus had healed on the Sabbath, began saying to the crowd in response, “There are six days during which work should be done; so come during them and get healed, and not on the Sabbath day.” But the Lord answered him and said, “You hypocrites, does each of you on the Sabbath not untie his ox or donkey from the stall and lead it away to water it? And this woman, a daughter of Abraham as she is, whom Satan has bound for eighteen long years, should she not have been released from this restraint on the Sabbath day?” And as He said this, all His opponents were being humiliated; and the entire crowd was rejoicing over all the glorious things being done by Him.

Topics: Christian living, Jesus Christ, lifetime
« Seeing The Forest For The Trees When Right is Wrong and Wrong is Right »