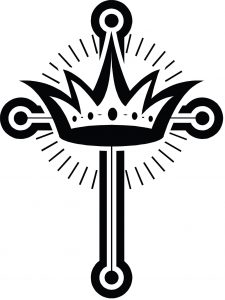 MICAH 4:1-8
And it will come about in the last days
That the mountain of the house of the Lord
Will be established as the chief of the mountains.
It will be raised above the hills,
And the peoples will stream to it.
Many nations will come and say,
“Come and let’s go up to the mountain of the Lord
And to the house of the God of Jacob,
So that He may teach us about His ways,
And that we may walk in His paths.”
For from Zion will go forth the law,
And the word of the Lord from Jerusalem.
And He will judge between many peoples
And render decisions for mighty, distant nations.
Then they will beat their swords into plowshares,
And their spears into pruning hooks;
Nation will not lift a sword against nation,
And never again will they train for war.
Instead, each of them will sit under his vine
And under his fig tree,
With no one to make them afraid,
Because the mouth of the Lord of armies has spoken.
Though all the peoples walk,
Each in the name of his god,
As for us, we will walk
In the name of the Lord our God forever and ever.
“On that day,” declares the Lord,
“I will assemble those who limp
And gather the scattered,
Those whom I have afflicted.
I will make those who limp a remnant,
And those who have strayed a mighty nation,
And the Lord will reign over them on Mount Zion
From now on and forever.
As for you, tower of the flock,
Hill of the daughter of Zion,
To you it will come—
Yes, the former dominion will come,
The kingdom of the daughter of Jerusalem.

SCRIPTURE TEXT - LUKE 13:18-21
So He was saying, “What is the kingdom of God like, and to what shall I compare it? It is like a mustard seed, which a man took and threw into his own garden; and it grew and became a tree, and the birds of the sky nested in its branches.”

And again He said, “To what shall I compare the kingdom of God? It is like leaven, which a woman took and hid in three sata of flour until it was all leavened.”

Topics: Christian living, Jesus Christ, kingdom of God, leaven, mustard seed
« When Right is Wrong and Wrong is Right Who Will Be Saved? »