Who Will Be Saved? 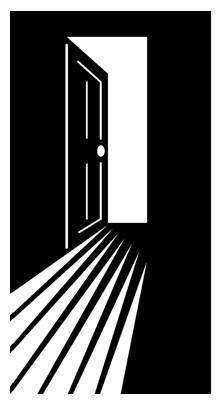 WHO WILL BE SAVED?

MATTHEW 25:1-13
“Then the kingdom of heaven will be comparable to ten virgins, who took their lamps and went out to meet the groom. Five of them were foolish, and five were prudent. For when the foolish took their lamps, they did not take extra oil with them; but the prudent ones took oil in flasks with their lamps. Now while the groom was delaying, they all became drowsy and began to sleep. But at midnight there finally was a shout: ‘Behold, the groom! Come out to meet him.’ Then all those virgins got up and trimmed their lamps. But the foolish virgins said to the prudent ones, ‘Give us some of your oil, because our lamps are going out.’ However, the prudent ones answered, ‘No, there most certainly would not be enough for us and you too; go instead to the merchants and buy some for yourselves.’ But while they were on their way to buy the oil, the groom came, and those who were ready went in with him to the wedding feast; and the door was shut. Yet later, the other virgins also came, saying, ‘Lord, lord, open up for us.’ But he answered, ‘Truly I say to you, I do not know you.’ Be on the alert then, because you do not know the day nor the hour.

SCRIPTURE TEXT - LUKE 13:22-30
And He was passing through one city and village after another, teaching, and proceeding on His way to Jerusalem. And someone said to Him, “Lord, are there just a few who are being saved?” And He said to them, “Strive to enter through the narrow door; for many, I tell you, will seek to enter and will not be able. Once the head of the house gets up and shuts the door, and you begin standing outside and knocking on the door, saying, ‘Lord, open up to us!’ and He then will answer and say to you, ‘I do not know where you are from.’ Then you will begin saying, ‘We ate and drank in Your presence, and You taught in our streets!’ And yet He will say, ‘I do not know where you are from; leave Me, all you evildoers.’ In that place there will be weeping and gnashing of teeth when you see Abraham, Isaac, Jacob, and all the prophets in the kingdom of God, but yourselves being thrown out. And they will come from east and west, and from north and south, and will recline at the table in the kingdom of God. And behold, some are last who will be first, and some are first who will be last.”

Topics: Christian living, Jesus Christ, narrow door, parable, salvation, ten bridesmaids
« What is the Kingdom of God Like? He Is Worthy To Be Worshiped »